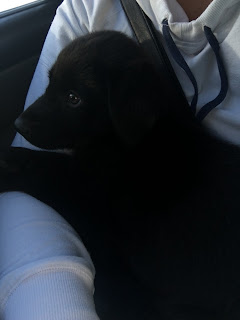 We got a puppy!!! On August 29th we adopted an adorable 9 week old puppy. This was not planned but I been wanting another puppy since my last dog passed away 2 years ago from old age, she was 12 years old. 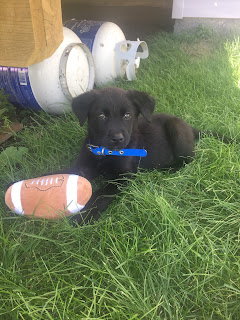 If you read my last fitness update you would have seen me mention him, we got this guy a few days before my race which wasn't ideal but once my husband and I met him we knew he was going to be perfect for our growing family. 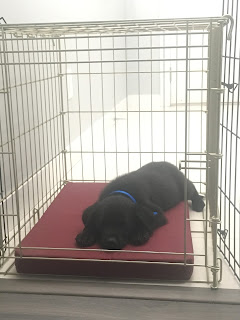 We named this little guy "Bear" because he is so cuddly and loves people. He is a Black Lab/German Shepard so he's going to be BIG. 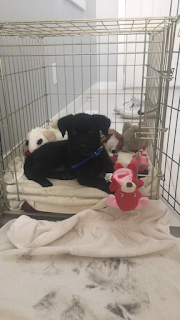 Having a big dog was something my husband and I both wanted. I'm very used to having big dogs as my last dog was as Border Collie Cross and was very high energy. I trained her to be my running partner and my hope is that this little guy will love to run as much as she did. 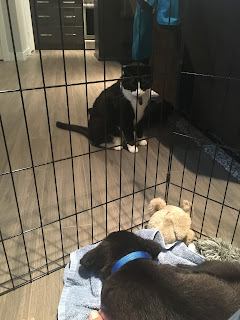 If you've followed me for a while you will know that we already have a cat named "Max" who just turned 5. We got him from my husbands grandpa's farm and we are his 4th home....he was the cat that no one wanted.

Max is a very depended cat who loves to be around people and hates going outside....basically he couldn't hack it as a farm cat and the other homes he went to just didn't work out.

He's surprising been very patient with Bear and they have had several very positive interactions. 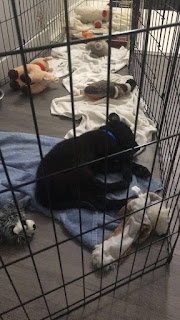 Obviously we didn't give Bear the run of the house imminently as we are still potty training him, all of Bear's and Max's interactions have been supervised and we keep them pretty short. 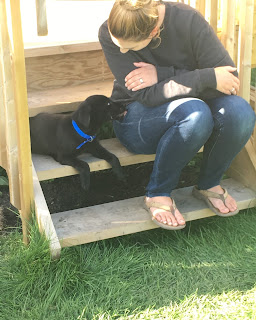 Bear has been a wonderful addition to our family, however, I haven't had a puppy for 14 years so I'm a little out of practice. We've had to learn each other routines and his signals he gives me when he wants something. 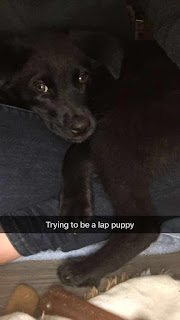 Everyone who has met Bear says he is the cutest, cuddliest puppy they have ever met...and most of the time he is. However, we have already started training him as I can tell he is starting to develop some behavior issues already that we would like to nip in the butt. If anyone has any tips or training tricks for new puppies please leave them in the comments below.

Bear will be going to puppy school but he wont be able to go until he gets his final vaccination at 16 weeks.

Also I'm curious as this is our first male dog...let me know in the comments below on your thoughts about getting your dog neutered? Are you pro or con and why?

I hope you've enjoyed our adorable puppy pictures - follow me on Snapchat [mspamblam] if you want to see more of my day with Max & Bear.

Posted by MsPamBlam at 1:00 AM 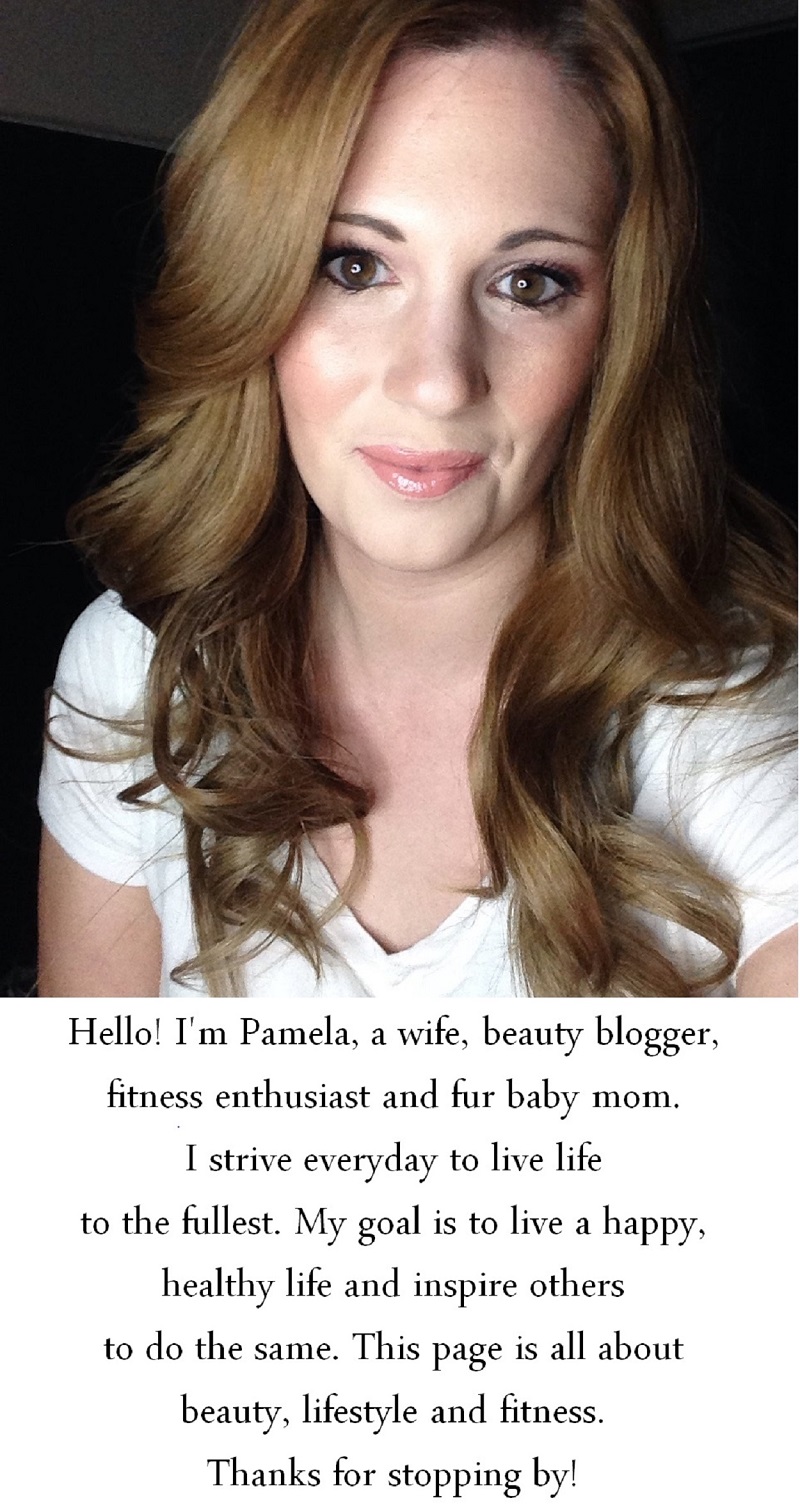 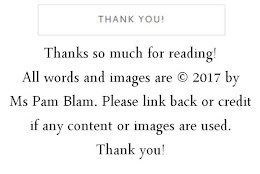 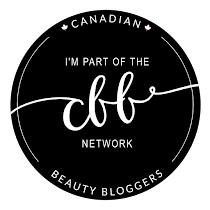